The Problem I can think of a handful of reasons a civic application would need to be able to look up various districts at the city, county, state, or national level. Also things like TIRZs. You should be able to provide a latlong or a county precinct number and have it return this data in a JSON/XML form for use in other applications.

Project Backend interface, database, and end user API where the following can happen:

Why It's Important On it's own, it's not hugely important, but you could build all sorts of things with this data. Especially if the raw files were also provided somehow to download.

Off the top of my head, you could build the following: 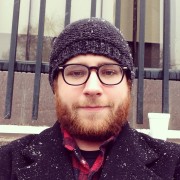