The early bird catches the worm. Jugda is an Outlook plugin that tells you if you're going to be late, using geolocation. We calculate the time you'll need to travel to and from the event you're about to schedule and warn you if you haven't estimated enough time for the trip. This functionality is available in Apple Calendar, although it is not yet in Outlook.

We like the approach of modeling our Hackathon submission on the APIs. We found the company representatives we worked with, particularly Atlantic.net's, very friendly and helpful. We all build tech projects in our spare time, but here, because of the APIs, we can take approaches we wouldn't be able to try anywhere else.

We think the current features could be a beta release, pending feedback from would-be Users. We can continue working on Jugda together, whether or not we win today. 3 of us (Ivan, Parth and Rebecca) know each other from a Meetup group called "Problem Solving Practice for Coders," where Ivan and Rebecca are organizers. Our Business Development team member, Luci, is a friend we have known since the New York Tech Meetup after-party in October 2013. Luci presented at 3-Day Startup in early 2014 with Rebecca. Xinghai is a rising Computer Science junior at U-Michigan who will be in New York for the summer and will be available to join the rest of the team. 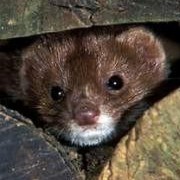