I always wanted to build an app that could help people make good decisions because so many times we see(around us and in our lives) that it is a common problem to get stuck in dilemma about with option to choose in a given situation. A possible solution is to create a polling app that helps people create polls for others to participate in. This way people can get the idea of which option to go for from the poll results. But here's the catch! Do polls really reflect honest, unbiased and un-opinionated results? Clearly polls are good for questions where we want others' individual opinions, for e.g., when we want to how many people prefer a certain product and how many prefer the other one. But when we want help in deciding for ourselves and need a single best choice, we can't rely on these polls because they can be biased, and can reflect individual opinions and beliefs. Some people might just act mischievously and select the option that clearly appears as bad. These create noise in the outcome of the poll. Hence to bring, maybe not perfect, but a good surety that the polls actually represent the wisdom of the crowd as a whole and noise elements are curbed, I mixed the concept of polling app with the concept of credibility scores to incentivize the users to think more rationally while answering in the poll instead of voting based on personal biases or mischievous behavior.

I believe this will help building a community that will in turn help each other solve several common problems in life. That's my goal.

The bot introduces a new way to interact with each other anonymously on Messenger by creating and answering polls. It lets a person create polls where the user posts a question(using text and optionally images) along with some choices(max 5) for others to vote from. Others can participate in the poll and vote for the option they feel, more feasible and better for the situation. Finally, after the poll is ended, the person who created the poll gets the analysis in the form of a chart. The participants who opted in for getting notified about the results also receive the answer(not complete analysis). All participants will have their credibility scores(explained in next segment) updated and can ask the bot about it(once who opted in to be notified will be notified about the change explicitly, others will have ask the bot themselves to see if any change has come). A user can have only 1 ongoing poll. The bot uses a smart credibility score calculation algorithm to bring good surety that the extreme cases in a poll don't leave much impact on the final outcome. This means that those who vote in favor of more extreme option(by extreme I mean, one that really appears as bad solution) have lesser impact on the poll result.

It needs atleast 2 users to test the above functionalities.

PS: I made some last minute changes to the bot hence there is very slight difference between how analysis chart is labeled in the video and in the real bot. Also now one can post questions using both texts(atleast 80 alphabetic characters) and images(atmost 2). Lastly the video is slightly fast paced to reduce its length.

Since this is a chatbot experience, hence the only way for users to use its features is through messages. Hence it becomes crucial that these interactions through messages feel natural to the user. The user should be able to talk to the bot without having to structure his/her message in a particular format to get things done. This is where, Wit.ai model plays crucial role. I have made use of custom Wit.ai's NLP model to understand what user wants to do. When that is known, a check is made that which state is the user in, when the message came. This helps the bot knows the context of the interaction with user and what role does his/her current message plays. If the user is in a flow and sends the message to exit it, then the bot understands that the user is in a particular state and wants to exit the state and go back to state 0. Hence appropriate functions are called for that. Similarly when user sends some text which does not correspond to any available commands and the user is currently in the asking question flow, the bot understands that the text is a part of the question user wants to ask, and hence acts accordingly. This way the bot is able to provide natural interaction experience to the users.

For ensuring that while participating in a poll, the user is able to vote for only one option and is able to do it conveniently without having to write entire option, I am making use of Quick Replies feature of messenger. This greatly improves user experience and eases my job to verify their input, because otherwise I would have to make several checks, since user might not type the entire answer word to word with proper punctuation marks.

How One Time Notification feature is crucial for the app

A user might participate in several polls one after the anther but may not want to get notified of every poll's outcome, hence I have added the interaction to the flow of answering question where the persona bot(I have mentioned in the Challenges section why I used persona) asks if the user wants to get notified. It is very likely that the creator of the poll might leave the poll open for a day or few, hence to ensure that the participants who opted in to get notified actually get notified, I am making use of One Time Notification feature of messenger. This way OTN feature plays a crucial role in the app.

Since the content that a user posts has the potential to reach a wide audience, it is very important to keep checks on the type of content user is posting. 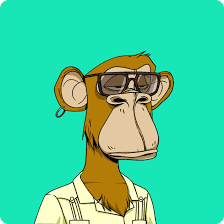 Added Support for OCR using Google Vision API to check of swear words in images posted by a user.