Have you ever asked yourself what impact your digital footprint has on the world?

In this hackathon, we wrote exactly 7,172 lines of code and made 121 commits over the three weeks. We're hoping this is our new lucky number!

The cloud where we store our data has a physical presence in thousands of data centres around the world. These data centres consume as more electricity and emit more CO2 than the airline industry. [3] There are currently 4.66 billion active internet users worldwide, which is approximately 59.5% [4] of the global population. This number is growing every day and consequently so is the carbon footprint the internet has on our planet. In this next phase of development, we must be conscious of the environmental impact of our browsing and take both small and large steps as individuals and cooperations toward a sustainable future.

All of this has led us to our problem statement: How do we improve awareness and tackle the growing environmental impact of our internet usage?

DigitalFootprint.earth is a trifecta of tools that:

Our custom designed score can be displayed as a badge on a webpage to demonstrate to a site's visitors that the developers are holding themselves accountable to ensuring that their site is as green as it can be.

All of the performance audits are run from the same server. This means that while the carbon value may not be truly representative due to the limitations in our analysis based on the time constraints of a hack, the error between audits of sites is systematic and consistent.

As web developers, we care deeply about the web and we wanted to make this hack about a sustainable future personal. While playing around with lighthouse to improve our personal websites, we realised far more data was transfered when the page loaded than we thought. Each visit was sending ~4mb of data. This might not sound like alot, but if you have a large quantity of site traffic, megabytes can quickly turn in to gigabytes. Every byte sent requires energy, which in turn produces CO2 and other greenhouse gases. But it isn't just us building and visiting sites - there are billions of people and pages on the web. It was then that we came to the realisation that, somehow, the tool that we love most ~the internet~ was doing a lot of damage to our planet. This led us to ask the question - how can we fix this?!

ArcGIS services we made use of: 3D Map Scenes, Custom Feature Layers, Servicing Area API, (we attempted the Routing API too but had some hiccups!).

The work was distributed differently across the three weeks into four phases:

The primary objective of digitalfootprint.earth is not to make money, but instead to raise awareness and educate the general public about how their internet activity contributes to one of the biggest challenges of this generation. However, while working on our suite of tools we realised that there was a potential monetisation strategy:

We currently cache audits to reduce strain on our servers and speed up our application to improve user experience. Developers may find that they would like to audit their site more frequently than our caching mechanisim allow. We could provide a membership that allows individuals and/or organisations to refresh cached scores on our API more frequently, leading to a more accurate reading.

Over the past three weeks we've turned an idea we thought to be impossible into a product we could actually use and potentially even monetise, while also using technology to work toward a sustainable future. We worked with new APIs

“When we trying to dynamically set the zoom to different areas of the map, we quickly realised it was a lot more complicated than it seemed. By linearly interpolating from the area we wanted to show as a ratio to the radius of the earth, we could infer the zoom parameter. We had to make a lot of mathematical assumptions to get a working prototype during this hack, and including the sources close to those values in the code saved us a lot of time as we iterated. I'm used to documenting things from a high level in the README, but in this project keeping some documentation close to the code proved to be invaluable! I was also shocked to learn how serious the CO2 produced by a website could be when we used the ArcGIS API to draw the service areas and compare it to car journeys...blew my mind 🤯”

“We knew early on that our audits were going to be slow. This worried me alot as the user experience was something we both cared about. We had the realisation that most people would probably be searching for the same sites. By caching the audit results, only the first user would experience a wait time, for every visitor after that searched for the same site the load would be near-instant. Caching and cache-invalidation was new to me - a handy skill to pick up!”

We hope to expand this list in the future. We have handled the case in the story where we couldn't identify a CDN.

Although this hackathon took place over three weeks, there were still a lot of features that we would have loved to implement that we did not have time for. The following is a list of some of the extensions we would like to implement next:

🎉 BONUS: What else can I do today to reduce my digital footprint on the web?

If you don't host your own site, that doesn't mean that there's nothing you can do to help reduce your carbon footprint through your internet usage. Here's a short list of some other small steps you can take that can go a long way toward helping our planet:

❤️ We hope you like this hack submission. We had great fun making it. 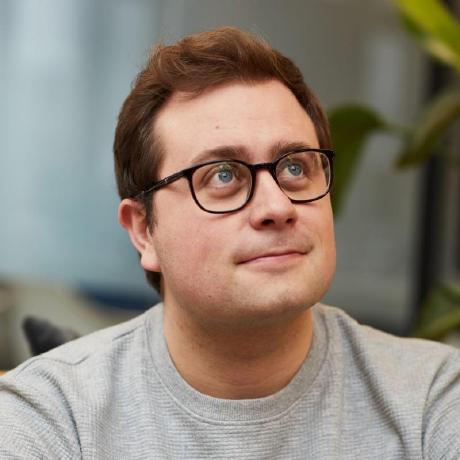 If you're interested in the aggregated data that our audits collect visit: https://digitalfootprint.earth/bigger-picture We have some top level findings that might shock you :)