Have you ever heard of Open Badges? It is the de facto standard for certification, which is widely used around the world to certify the completion of certification exams such as Microsoft Certified Professional and to certify the achievements at educational institutions? Currently, Open Badges can be easily shared with others by embedding the proof data in an image such as PNG, but it cannot be stored in a wallet on a smartphone like Verifiable Credentials and presented in the same way as other credentials. We thought that Open Badges needed to be stored in a wallet, like Verifiable Credentials, so that it could be easily presented.

Implementation of Verifiable Credentials at Keio University and business experience with credentialing systems in educational institutions. This gateway service would be helpful for entities in education sector.

What's next for DID Maniax Japan

By conducting PoC with many organizations that are currently issuing Open Badges, we aim to connect the current Open Badges ecosystem with the Verifiable Credentials ecosystem to promote the use of distributed ID and expand business. 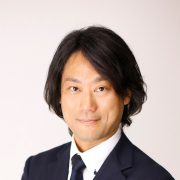