The demotivational scale was created because it seemed like a terrible idea. Some of the difficulties we ran into during it's creation was that we could not get a high enough resolution output from the load sensor in the scale so we were only able to get the measurements in 13 pound increments. We also tried making an instrumental amplifier but the output voltage was to high and reaching the limit of the Arduino we were using. The scale was purchased from WalMart and it is powered by an Arduino Uno. It uses a 16x2 lcd shield to display the output from the scale. On the bottom is an approximate weight plus/minus 13 pounds and on the top is an insult that goes with the weight range. 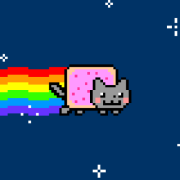