We had never worked with VR before and were curious as to what we could do with it and overall what we could learn from working with a relatively recently developed innovation that will likely become commonplace in the near future. With the Oculus Rift, we decided to make a simple game that was inspired by an idea a mentor offered us to work on as a way to learn some essential understandings in VR game development and have fun with it.

The player uses their hands to launch objects at projectiles that are aimed at the player in an effort to "defend the hackerspace" or in this context, preserve their life-force.

We used C# to make scripts to run in Unity, which is the engine that our game used. Additionally, we created models and text in Unity.

None of the team members were familiar to C# and so learning the language was a huge challenge. Other specific challenges we ran into would be programming the direction the object traveled, programming the spawn point of the projectiles, and programming object collision. Of course there were many more, though minor compared to the ones listed above.

While creating the game, we accidentally made a byproduct that could have served as Paint.net for the Oculus Rift, which we thought was pretty neat. Overall, we were proud of just being able to learn how to use C# and our ability to make an almost-finished product given the little experience we had before working with VR.

We learned basic functions in C# as well as some commands specific to vectors and various physics concepts. We also have a better understanding as to how the Oculus Rift and Leap Motion function.

What's next for Defend Hackerspace

For the game, we would create a (better) UI system, add more player functions and options, and really fine-tune the game to make it run smoother and appear more appealing.In the future, we hope to create better, more in-depth projects involving VR. 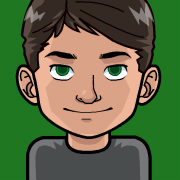