It turns Google Street View into works of art. Your world will never be the same.

The first iteration of the website was a Chrome Extension: VR Harambe Sighting in which Harambe would be stochastically overlaid on the sidewalks of Google Street View using a suite of CV algorithms. Due to the nature of async flow, not all functionalities can be implemented in browser. As a result, I decided to pivot the app towards deep learning.

The frontend is written in vanilla Javascript. It overrides Google Streetview API calls with custom event handlers that redirect AJAX from Google's server to a custom server where tiles are processed on-the-fly. The backend is a Python Flask microservice proxied with Nginx. The heavy-lifting algorithm is abstracted away using torch and system calls. Fast-neural-style was released one month ago and provides drastic improvement over the speed of image rendering. As opposed to a full-fledged Convolutional Neural Network(CNN), it was implemented with simple tensor arithmetic not dissimilar to those commonly found in everyday Computer Vision. Usually, rendering a huge image such as Google Streetview( 3300x2048 ) would take at least a couple of hours. This new algorithm allows on-the-fly rendering: video and server apps such as this one. Special thanks to 1and1 for sponsoring the server which is 4cpu with 16GB memory.

I have an Ethereum mining rig in my dorm so I'll just use that to cache enough processed street view tiles and throw everything on AWS and forget about this project. And the python flask microservice is simply not robust enough to handle any load so that has to be rewritten. 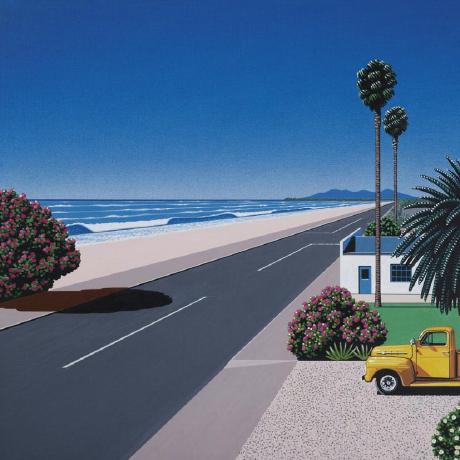