Elijah and I have grown up around computers, video games, and learning to program from young ages. Cybersecurity is something I have a passion for learning more about and Elijah has a knack for game design. We decided to incorporate both to help teach K-12 about SSL certificates.

This is a 2D adventure game that has the user run between NPC's attaching public and private keys to data to keep a "chest" safe with an ingredient needed for a wizard to access the internet.

We used Unity, photoshop, C#, and our IDE's to create, code, and design the game along with some free assets online here and there.

Learning how to create a quest object was a difficult situation for me to overcome. After spending a dumb amount of time creating a makeshift version of what I would have liked to do, I came along the idea of using a data structure to store quests along with information about them such as type/objective of the quest, locations to start and end, etc. Animation was an issue we ran into just because of time constraints. We wanted to create better character textures and could have done so if we had an extra 2 hours to create animations.

Creating a working prototype of a game in under 48 hours (This was my [Chase] first time using Unity) that accomplished goals and complete quests to teach a user about a cyber security topic.

I learned Unity from the ground up [Chase]. I knew C++ coming into this which translated nicely into C# with a few slight changes to syntax. Elijah definitely improved his scripting skills for animation and npc tracking. We also learned about the efficiency of Data Structures and Algorithms for event handling for things like Quests, and item data. This whole process taught us a lot more about how SSL certificates work and why they are so effective at keeping user data safe online.

What's next for Decrypted The Game

We'd like to refine the textures, add more levels with more quests about different topics within the cybersecurity realm. Animation for characters is definitely on of the first things we will tackle however. Maybe even a user customization screen for their character. 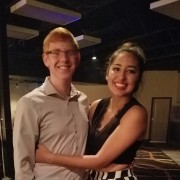