How I built the voting system in India as well as in some countries abroad is flawed and can be easily manipulated and hampered by those with power to suit their personal benefits. It allows people with money to buy the votes or tamper the machine that records it. A current example can be the recent elections in Uttar Pradesh where the ruling party manipulated the voting machines to gain an unfair advantage.

A voting system which is unhackable or which cannot be tampered. Using blockchain-based distributed networks to store and record votes which allows voting to be almost 99.9% secure as it is distributed among a cluster of networks and requires the computing power of over 500 supercomputers to even get hold of the network which is currently impossible to achieve. The system has a user-friendly interface and can be used to run polls and elections with total security and zero percent chance of manipulation

What's next for Decentralized voting application using the ethereum blockchain 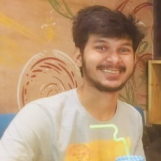