DecentralGov is a decentralised application which keeps track of all government spending as trustworthy permanent public records.

It solves the problems of uncertainty due to middlemen where large sums e.g. $600 million USD have been reported as unaccounted for, and of corruption as it makes it mandatory to be transparent thus exposing any illegality.

The technology used will be smart contracts, ensuring that the token system does not prevent the general public from getting involved to clearly see, confidently understand and civically engage with how their money is being spent. 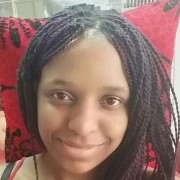