We all know the importance of pets in our lives, and the countless benefits that come befriending one. However, in the world that we live in today, we here at PetSnap believe that there are countless obstacles in the way of a seamless relationship between pet and owner. For example, the pet services industry is quite fragmented, as many first-time pet owners aren't aware of where to groom their pets, shop for food and toys, interact with other pets, and up-keeping their health conditions. We want to help these first-time owners properly take care of their pets and ensure the pets don't run away or get abandoned, while also taking into an account a missing social aspect between different pets and their owners. So, we came up with an app that tries to solve all these issues.

Pet Snap is a social media platform for users to post pictures of their favorite pets and show them to other users of the pet community. There is a global leaderboard among all of Pet Snap's users, showcasing the most liked pets of the community. Pet Snap has another feature geared towards beginning and novice pet owners who often don't know where to take care of their pet(s).

We built PetSnap mainly through React Native, where we were able to integrate both front and back end components. Using React Native also allowed us to extend our platform to both iOS and Android users, extending the app's target audience to everyone with a pet.

Within the front end, we integrated a lot of different components that the user would be able to interact with, such as the news feed, the leaderboard, and the map, and did so using React Native and Firebase.

Within the back end, we unified different existing APIs provided by the hackathon, such as Foursquare's Places API, allowing us to identify different pet shops and parks to help care for your pet, and used React Native Maps to pinpoint these locations in a user-friendly layout that is displayed on the user's particular phone type (Google Maps for Android, Maps for iOS).

We ran into trouble using the FourSquare Places API when getting different categories and rendering it to Native Map. After that, we ran across some trouble setting up Firebase for real time database changes.

We're incredibly proud of creating a full fledged app on React Native within the time frame of this hackathon, and of our ability to create a seamless unification between front-end and back-end. We're also proud of implementing the Four Square Places API with the desired features successfully rendering on Native Maps.

We believe that PetSnap still has some ways to go before becoming the complete go-to app for pet owners. We believe that the addition of some other features will make our app better, such as Geotagging and the integration of Google Vision's API to automatically tag different photos uploaded to our app. 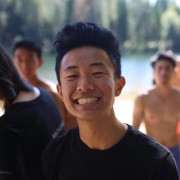