DIRTY CLOTHES, unorganized items, thought about a camera in the ridge... Our inspiration started out from the idea of having a camera in the fridge and also telling the owner if foods will expire soon. With couple revision of our innovation. We are teenagers/ young adults that are not willing to accept the acknowledgement of "adulting". Instead we wanted make our lazier lives even more lazier(but smarter) by creating our innovation.

The program detects objects by color and tracks their camera position. By being able to track the items position, we are able to gain a clear depiction of where a particular item stands in a camera view. It shall be used in common house holds to keep track of lost items for the owner. The software is also able to relay information back the items location though text to speech.

The team wondered many ways of trying to implement our idea. We realized that we have webcams and googled "How to track motion on webcam". Then Googled spat our an answer OpenCV, then from there, many hours of researching this new open source.

From Day 1, I have not used Python or even heard of OpenCV. And till now, I have not mastered, but I do have more strong grasp of Python, which is SO much better than Java, simply because of the high-level and the syntax. OpenCV is something new and I hope I will be using it for many side projects to come.

I have learned that everyone has their strengths and weakness. And notice that everyone in a hackathon does not know everything. And it feels like a sense of noticeability between peers and friends when accomplishing a task that was started as an idea. From the beginning, we knew that we would not win, but my team had a sense of wanting, the want of completing the idea from nothing to something. And as we look back as a team, we have came very far. We knew nothing about OpenCV or Python. And using the programming language and open source for the project, made us unconsciously realized that we are learning and using something that we never did before.

We would love to see D.E.X.T.E.R be used in any form of categorizing application, integration for security and industrialization purposes. Industrial purposes would be the dream for D.E.X.T.E.R, rather than scanning each inventories QR code, we can invent a camera that takes a selection of the inventory by the size of the box, color (if important) and small details that D.E.X.T.E.R can pick up and use those details for sorting/collecting data. 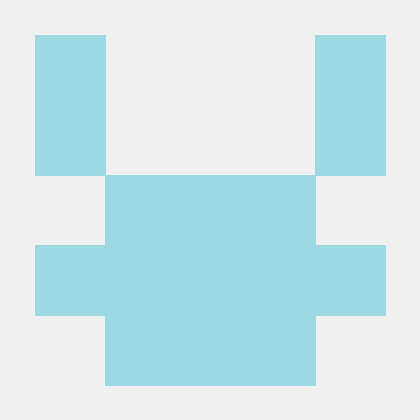