Imagine if your computer could recognize whenever you are performing a repetitive task, and unobtrusively suggest to finish that task for you with a single click.

Macros have existed for most operating systems, text editors and tools for at least 40 years, but hardly anyone uses them. The problem is that creating macros is fundamentally an active process, a user can only only begin to take steps to optimize his or her experience after a conscious recognition that their current drudgery is a substantial hamper to productivity. By the time a user recognizes that there's a problem, it's already too late and the damage is done.

Cyclotron is fundamentally different, as it's a passive macro system, and to the best of my knowledge, the first of its kind. It sits obediently as a background process, waiting for an opportunity to shine, freeing its master from meaningless effort.

Internally, its workings are somewhat inspired by a 2009 MIT CSAIL project called Sikuli Script, which pioneered the idea that interactions can be programmatically specified in the form of screenshots. Cyclotron synthesizes a series of partial screenshots with keyboard and mouse events to get a sequential and visual history of interactions.

The technical innovation is a novel cycle-finding algorithm, which treats these windowed screenshots as a directed graph, such that repetitive tasks can be recognized simply as cycles. 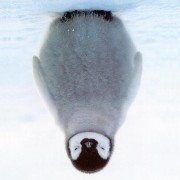