Wanted to play futuristic MMORPG where you complete missions to collect NFT's that help you fight against robot overlords in the year 2050. Exploring the dystopian world of human factions fighting both each other and the AI driven botnet. Solana NFT's are growing exponentially and thanks to the speed and low fees of Solana, we want to bring these innovations to P2E gaming industry as soon as possible. Solana is the coolest community with cool retro vibes, so we wanted to bring this culture of "Solhackers", Epochs, "Toly" squad leader assistance, into an expansive gaming world.

Cyberwars is built on Unreal Engine 4 and has integrated with Stardust to handle NFT collection. You can conduct missions to level up XP of your character, collect NFT's, hang out with other gamers in nightclubs and even jump in a Cybertruck to run over some robots. Meeting the deadline was tough, and we did run into bugs/feature improvements that we have added to our Roadmap at https://cyberwars.game

We built it using Unreal Engine 4, have built out the beginnings of SOL City, basic controls and weapon systems, mission system and Cybertruck driving. We are building three games with the aim to ensure game NFT's are interoperable where for example, a customised Cybertruck NFT could be played across Cyberwars and Kinland. We are also planning to decentralise game development where the community beta tests, votes on DAO proposals for game features/improvements, and the dev team execute. We see a potential future where the gamers and game devs push each other forward via continuous development to build awesome decentralised gaming experiences.

Building a MMORPG is hard to do. Integrating with Stardust and Audius is also more than "3 lines of code". Stardust integration was completed however took 2 weeks, which was longer than expected. Audius integration is nearly completed, with last minute issues with calling playlists holding up in game music selection.

Built some cool gameplay involving Cybertrucks and fighting robot combatants including drifting, blaster mode and integrating nfts with Stardust. Stardust integration has been completed and we are now building out mechanics for collecting raw materials and power-ups, with the ability to trade/forge new weapons in the future. Audius is connected however having issues playing playlists, nearly implemented. We also moved to a new website and discord community setup in the past 2 weeks of Hackathon called https://gamerplex.com

Using integrations like Stardust and Audius for Solana Gaming can make the P2E experience pretty seamless for new crypto users. We learnt we need to build out our 3d modelling and Unreal Engine development team to help build and improve our sprint cycles faster. We are hoping to do this with a future Gamerplex DAO.

What's next for Cyberwars

We will be launching beta on Android and PC and will be working with our Gamerplex.com discord and GRAPE community to help beta test. We have been working with GRAPE on recent team calls for Solana Gaming and the Hackathon call in the past 2 weeks. Cyberwars is one of three games we are developing, with the goal to have seamless NFT transition between all 3 games and truly bring forward the "Solana Metaverse" concept.

We hope to push forward Solana P2E Gaming with games in Beta that our Gamerplex Community can help beta test, with the aim of Decentralised Gaming Development via a Gamerplex DAO. Looking forward to adding Multiplayer to this MMORPG game and Candy Machine dropping thousands of "cyber" characters that players can explore the expanding Districts of SOL City with. 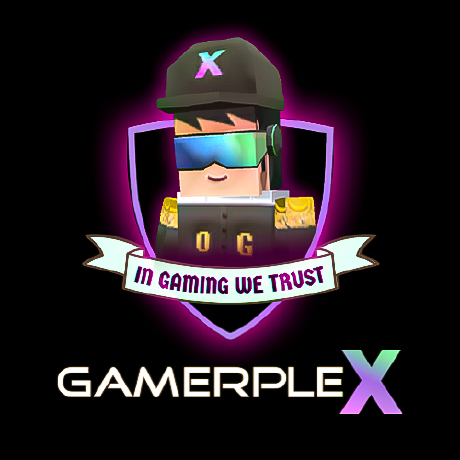