A 'hackathon-like' approach to solving the following:

cURLy is an Integration composed of recipes that will send an HTTP request when a column value is changed or an item is added to a group in a table view. The integration will update column(s) based off values in the HTTP response.

The user can customize the HTTP request by entering a cURL command in the recipe. The cURL command can have references to the values in different column or the item name.

The user also specifies a JSONPath expression or mapping in the recipe.

If the user only wishes to update one column the integration can search the HTTP response for a certain path and then update the specified column with the value found in the JSON.

The user can also update multiple columns if a mapping is specified. For each column reference in the mapping, the integration will search the HTTP response and update the column with the value found.

This integration was built using express.js and various npm modules like 'jsonpath' and 'node-libcurl'. Tested locally using ngrok, deployed to serverless for scalability.

Learning how triggers and actions work in Monday Integrations was a bit awkward but once I had about 6-7 hours of playing around with it I thought it was great.

I think the developer documentation was sufficient but a few things were left out:

I had some challenges with AWS lambda. I was running node 12. Node 12 is only available on Amazon Linux 2 and Amazon Linux 2 does not support the CURL binary. I had to create a custom AWS layer in order to get around this.

I haven't developed in Node.js for a few years so it was cool getting back into it and seeing the improvements done in ES6.

How to use the Monday API. Triggers/Actions Integrations.

What's next for cURLy 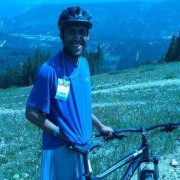