The Reddit 2017 April Fools, actually. I found the ability to interact with a large canvas with thousands of other users a fascinating experience. Watching different communities work together for their own images, and fight for real estate against others was a lot of fun.

Cubic Creator allows a Twitch broadcaster to create a shared canvas for all of their viewers to paint on. Each viewer sees the changes in real time.

Once the canvas is complete, the broadcaster can use a custom Minecraft plugin to load it into their world!

I used Angular for the Twitch extension, as that's the web technology I'm most familiar with at my work. I think it's a bit too cumbersome for this purpose and I'd like to replace it with Vue or React.

Nodejs makes up the majority of the backend processes. These all run as AWS Lambda functions.

Finally, the Spigot Minecraft Server plugin was written in Java. It was the first time I'd seen their API, but thankfully it's well written and easy to get started with.

Biting off more than I can chew. I can into the hackathon with a grand vision of users creating and sharing entire buildings from their own Minecraft worlds, that clearly was too much to do in too little time. While I'd like to inch towards that goal after the competition, I'm proud of what I've developed so far.

Writing my first Minecraft plugin, and getting a handle on AWS Cloudfront. I believe strongly in reproducible deployments.

What's next for Cubic Creator 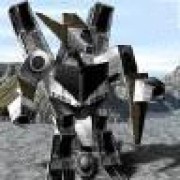