Cubetopia seeks to be the first fully decentralized multiplayer RPG/sandbox game built on the Internet Computer. Cubetopia will allow users to express their creativity on their own unique island on the blockchain.

The Internet Computer will allow us to verify ownership and permissions for player owned islands using NFTs. On these islands, players can place and sell NFTs from their wallets. Other players can also be invited to help collaborate and hang out.

Cubetopia will further expand from a sandbox experience to a play to earn RPG. Islands will begin to produce resources required to equip players for quests. This equipment can be used in adventures and quests where players will battle monsters in the world of Cubetopia to earn even greater rewards.

We will players the tools to express your creativity, all in an accessible, user-friendly way. We don’t want users to have to download complicated programs to be able to create the space they want - they should be able to build what they want straight away, as easily as they would if they were opening a box of Lego.

Cubetopia will offer more than tools to its users, we will also build tailored content to immerse players and build a sense of scale within this world, these will have unique rewards for players to show off in their worlds, or on their characters – players will be rewarded for participating in the world and helping to build the metaverse.

Ultimately, the goal is to create a thriving world where people can create awesome spaces, have fun, and explore what is possible with the new technology The Internet Computer offers.

After our NFT mint, you will be able to share your creations and invite others to you world by simply sharing a link!

Make sure you join our discord, we would love to hear about your experience in Cubetopia!

Cubetopia was built with a variety of different technologies. The game primarily uses the Unity game engine for the gameplay itself, and React and other JavaScript libraries for the web app and IC integration.

We started off simple, mechanics for moving a character and placing blocks. Then we began on the procedural generation and tackled all of the problems that threw at us. Next we focused on NFT integration, and found solutions to unique problems we encountered.

Using feedback from closed testers, we added features they requested, such as sneaking off the edge of blocks, and third person controls. This was important to us for two reasons - we want Cubetopia to be community driven, and to be as accessible as possible

There were many challenges that we faced during development, the first of which is related to the optimization of a cube based world. We had to pay close attention to maximize performance so the game could run in the browser, and so that world files would be small enough to be stored efficiently on the blockchain.

Utilizing bleeding edge technology like The Internet Computer also offered its own fair share of challenges, attempting to offer integration for all kinds of NFTs for example was difficult as this growing ecosystem doesn’t yet have a clear standard for them. Furthermore, many NFTs on the IC are far more complicated than what is seen on other chains, this too offered us several unique challenges.

Our NFT integration has come a long way and we have multiple systems at play, though it is something we will continuously develop to offer the best experience for players.

So far, we are most proud of the positive feedback we have received from our testers and community. From the first hour we posted a teaser on DSCVR, the IC community embraced us with open arms, we could never have anticipated how strong the ICP community is. Developing Cubetopia has connected us with interesting people from all corners of the world.

We also think we have done a good job on optimization, and loved creating our procedural generation systems.

We learned so much from this, mainly about the challenges of creating a voxel based game, and also a great deal about the IC and how it can be used to create Dapps the likes of which have never been made before. 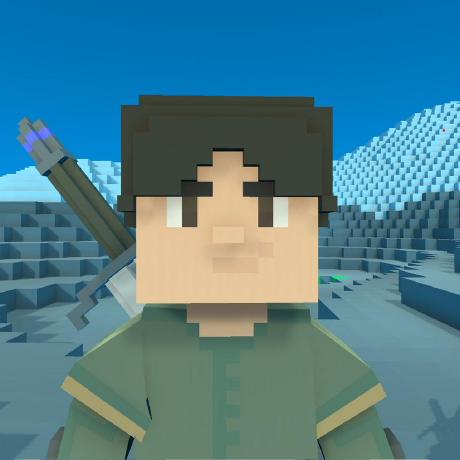