Our group met up a Microsoft Hack Day where they explained how to use Makey-Makeys (Arduino). We played around with how to make complete circuits in fun and interesting ways.

Our game in a first person shooter that uses the Oculus Rift and a series of homemade foot pedals to move around in a virtual environment. To attack the oncoming enemies, you will use a handheld gun pull the trigger with to shoot. The "map" is split up into 3 different lanes, with the controls allow you

For the foot pedals, we took sturdy cardboard boxes and lined the insides with tin foil to make a circuit whenever they are stepped on. The left pedal would make the player move left and the right pedal would move the player right. We then taped the entire setup on another piece of cardboard. Our original idea was to use a glove and have a "shot" be fired when the index finger touched the palm of the hand, then we realized it's all about user experience, so using the roll from a package of aluminum foil we constructed a basic blaster, on the back of the trigger we put aluminum foil so that when the trigger was pulled back it would hit another piece of aluminum foil causing it to "fire".

A lot of the time, the pedals and gun would either never work, or be stuck in a pressed position. It took a lot of duck tape to fix it :D. Unity was also having problems with adding Oculus Rift support, crashing anytime we tried to build. We eventually downgraded Unity and used an older version of the Oculus's SDK.

We really worked outside of the box for this project. We were using cardboard from the subway boxes, the tinfoil from Chipotle, and even pieces of foam from packaging. I'm also really proud that we finished the both the hardware and the software for the project in time.

I learned a lot about Unity, C#.

We are hoping to expand the idea for both hardware and software at the VR Hackathon! :) 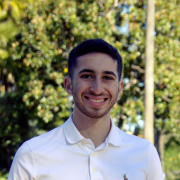