Traditional adverts are static, being either posters or billboards. They don't engage their audiences, they enrage them! Studies have shown that if advertisers engage with their users and include interactive, fun experiences alongside incentives, the users are much more likely to interact with them in a positive way.

So, we have attempted to create a platform for doing just that!

Our platform allows arcade-like games to be run on large screens in public venues, such as malls, bars and hackathons; then it incentivises them to win by offering sponsored prizes and coupons, such as free beer. Everybody likes free beer.

The audience simply joins the game by scanning a QR code on the display. After entering their name and an optional picture the user is then placed in a queue to join the game.

Using intuitive touch screen controls to play the games, they can take part instantly and easily using their mobile phone.

We have made an example "sumo" game where the goal is to knock the challengers virtual beer glass off a table. If you manage to win 5 times in a row, you get a coupon for a free beer at the bar!

Our example application has three parts:

The controller app and the game engine are written entirely in HTML, CSS and JavaScript. They use AJAX (JSONP) requests for simple functions and once it is required they open persistent web socket connections to the backend to facilitate high speed instruction passing between the services.

The game is written entirely in JavaScript, with the control data being proxied directly through the backend. We think that's pretty cool.

The backend is a Python Tornado server that uses MongoDB for storage. Cause somethings better than nothing.

You can checkout (or check out) our code on Github - https://github.com/PhilipSkinner/repo1 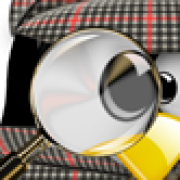