We were saddened to find out the results of the survey released on Tuesday which revealed a very significant percentage of students experiencing sexual assault and harassment in universities. Furthermore, the racist and degrading posters that we saw around campus during Orientation week was insulting and made some of us feel unsafe. Students and staff spend so much of our time at universities, and we want this to be a safe place. We have observed that a lot of incidents remain unreported to the university, as there are barriers to reporting such as unclear reporting protocols, response not being received in time or having a safe method of reporting. This app is a solution that we proposed to help break down some of the existing barriers in reporting incidents. We envision a future where campus safety is a top priority for both students and staff, and that everyone has the technology and means to work together to help each other feel safe.

We are offering a live streaming support solution which will allow bystanders or witnesses to report incidents as they happen. This can range from vandalism, verbal attacks, sexual harassment, to panic attacks or seizures where you are unsure how to response appropriately. The real time video footage will be submitted to the Security response team on campus, increasing accountability to ensure that no incidents are overlooked. The real time footage evidence will also reduce any misunderstanding that often occurs when describing the situation over voice call, thereby assisting the operator in understanding the situation accurately and providing the appropriate response.

We initially built an iOS app for the witnesses to live stream a potential dangerous situation to the relevant response team or emergency services team using Swift, Twilio, Firebase, Siesta, Floaty, Chatter. We then built a website application for emergency operators on the other side to monitor and respond to the reported incidents. The web app will show the location of the reporter and the severity of the incident. This was made by using React, Materialize, Moment, Twilio, Material UI. These footages will also be archived for reviewing and analysis of past incidents in the case where a second opinion is needed or for legal proceedings. The data can also be used by the response team or emergency operators to better plan their services to enhance safety. The back-end technologies that enable the archiving of past incidents and enable live-streaming were Twilio, Firebase, Heroku, Node.js, Express, AWS.

The challenges that we faced were mainly technical issues. We faced difficulties in exploring the Amazon SDK and Twilio for archiving raw footage. We needed support for MP3 and MP4 files to enable playing of audio/video in the browser, however Twilio provided only MKA and MKV files. We also experienced other issues with Amazon's Transcoder Services and Twilio's webhooks.

We're really proud of the fact that we can produce and suggest a solution to a real-life problem that significantly affects of us. The idea initially had a lot of obstacles as we struggled to think of a single solution to tackle a hard challenge such as security, but we were able to decompose this problem into several smaller problems and solve them one at a time. We are also proud of our teamwork and task management, as we were able to delegate tasks according to each team member's strength. We were able to leverage their strong points, and allowed each other to challenge our idea and progress and continue to fine tune it across the journey. Our product is a result of different perspectives being merged together, and we couldn't have done this without allowing our own ideas to be challenged by others without taking it personally.

The API that we were using, Twilio, surprised us with the large volume of spamming in the forms of repeated calls which made our trigger sets hard to manage. Through this project we were able to learn to adapt our existing skills in unfamiliar API environment. We also learnt how to research and experiment when unexpected outcomes happen and remaining calm to resolve them.

Post UNIHACK, we would like to refine the structure and frameworks applied to the app and refactor the current codebase at the moment. We would like to automate the process of uploading raw footage to S3 for available access. We would like to bring MiSafe forward to Monash Security, eSolutions, Monash Student Association and many more organisations to explain our idea and integrate MiSafe with their systems. The aim is to expand and help people mitigate severe circumstances and get an appropriate response to their incidents in a timely manner. 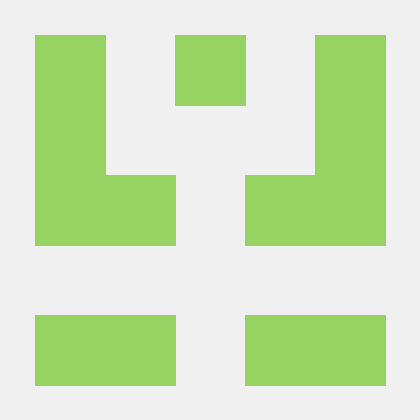