This is Cowgary, a small game developed for CalgaryHacks 2020. It was created in response to a prompt to create a Calgary-themed video game. During the opening ceremonies, the various speakers emphasized the importance of locality and retaining Calgary’s talent. In light of this, we have created a small video game with a spin on securing more tech jobs for Calgary’s workforce. Due to the stabilizing economic impact of large companies, convincing such corporations to invest in the future of Calgary is of utmost importance, especially during the city’s current changing economic climate.

The story follows Gary, the mayor of Cowgary, in his quest to secure Cowgary as the site of Amazoon’s Canadian headquarters. In order to convince Beff Jezos of Cowgary’s merits, Gary undertakes several quests to make the city more hospitable to both Amazoon and its native developers.

The main challenge we ran into was the time constraint, as we have never had to develop something in such a short amount of time. Furthermore, the majority of the team did not have experience with video game development. Some of our team did not have experience with Processing, and those who did have not used it in a long time. An unexpected challenge was trying to determine a final idea, as well as underestimating the overall workflow.

We are really proud of the completed game, Cowgary, that was inspired by a real-world problem and implemented in a creative way. We’re proud of the fact that we added music and the overall look of the game. Furthermore, the developed storyline and artstyle throughout the game made it appealing and user friendly.

In making this game, we reflected on the state of Calgary’s tech sector and the future of its growth during the current economic turmoil. We found that small games can be used to bring awareness and a stronger understanding of nuanced topics, and came to recognize the importance of satire in communicating contentious issues.

In terms of technical skills, we additionally gained more experience with Processing. Furthermore, we have gained patience in creating pixel art. We also learned a great deal about the game design processes, as we were required to brainstorm and storyboard prior to beginning development.

Hopefully, Cowgary can diversify their economy so Gary doesn’t have to pander to CEOs anymore.

From a development perspective, we would have loved to add more minigames. We also did not have time to implement several lines of dialogue and the branching path from our initial design, so we may add these missing components in the future. Overall, we are very happy with what we accomplished as a team in such a short amount of time. 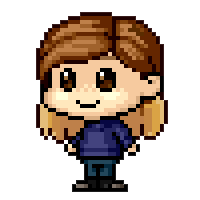