With the present threat of COVID-19, having quality exposure data is an invaluable asset that will keep the population safe and enable decisive response. Current technology based efforts focus primarily on contact tracing protocols to help warn individuals of exposure. One of such efforts includes the privacy-preserving, Bluetooth-based contract tracing exposure notification system: GAEN.

In an effort to make the system privacy-preserving, GAEN prohibits the use of location services such as GPS tracking. This is a major drawback for any health authority planning to implement this system, since it fails to provide the end user and decision makers location context regarding the exposure. To address this, we introduce a privacy-preserving, complimentary system: Checkpo!nt.

Our system works by placing stationary Bluetooth enabled devices, checkpoints, strategically around Indiana. Then whenever a user is in proximity to a checkpoint, the checkpoint ID is sent and stored locally on the user’s phones. Only when the user tests positive or shows COVID like symptoms the user has the option to report it, and the data is stored anonymously in the central database. This way our system provides valuable location context on exposures without being privacy compromising.

Prakrit (Pro Squad Member, Computer Science Major @ Purdue) Prakrit worked with Ethan to specify the Check!point architecture and implement the backend. Specifically, this included the API development and database management, as well as the data wrangling and visualization for the dashboard.

Ethan (Pro Squad Member, Senior Computer Science and Applied Mathematics Major, Physics Minor @ IUPUI) Ethan worked with Prakrit to specify the Check!point architecture and implement the backend. Specifically, this included the API development and database management, as well as the data wrangling and visualization for the dashboard.

Christian (Pro Squad Member, Senior Computer Science and Economics Major @ Rose-Hulman) Christian assisted Ryan in creating the front end of the system using React Native and its libraries. He also wrote the overview for this document.

How did you decide on this customer segment, problem, and solution?

Tasked with finding a solution to reliably monitor citizens of Indiana for COVID outbreaks, our team wanted to initially focus on developing a framework that would allow developers to build safe, secure, privacy-oriented technology solutions for their respective organizations. Whether that would be private business or state government, we thought this would be an interesting way to differentiate ourselves from other applications that focused on direct contact-tracing. However, with more research into what this framework would look like, we discovered the Google-Apple-Exposure Notification (GAEN) protocol, which looked extremely similar to our initial idea.

Armed with this knowledge, we started looking into a customer segment that might benefit from use of the GAEN protocol and landed on two key customers: state governments and small business owners. If we could build a solution that allowed effective contact tracing, the government could better manage COVID outbreaks and ultimately benefit small business owners as the pandemic comes to an end.

We realized the GAEN API lacked one key aspect of contact tracing: location monitoring. We hesitated to use GPS data, as it might not be as accurate as necessary while maintaining the privacy requirements we desired to have in our application.

So with these things in mind, we decided on a singular solution: a location-guided contact tracing system that identifies high-risk transmission areas without the use of GPS, that is intended to complement existing contact tracing solutions such as mobile proximity tracing applications, symptom tracking, or predictive data analytics.

How did your team build and iterate on the solution?

Most of our time was spent researching existing contact tracing protocols, finding ways to contribute to the current contact tracing efforts without being redundant and introducing fragmentation. We analyzed existing approaches and identified a niche where they were lacking, while keeping in the spirit of providing a secure and privacy-preserving system.

Afterwards, we decided on building a complementary system on top of the Bluetooth-based contact tracing protocols. The system should have a user-facing part where users can interact, and a backend part where the actual contact tracing happens. We divided up the team into two sub-teams: frontend and backend.

While the backend side designed the communication architecture, the frontend side developed a mobile application that would eventually connect with the backend. After a week, we shared the implementation details and connected the two sides together.

We then focused on getting the most use out of the system we developed, adding a heat map feature to it, while refining the security and communication issues present in our protocol. We wrote up a whitepaper for it, and put the demo to the test.

Checkpo!nt models a common structure used for Bluetooth-based contact tracing systems, in which devices communicate via Bluetooth packets and report to a backend server upon infection. Bluetooth packets contain device identifiers that rotate for every set period of time for privacy and security reasons.

Our system consists of three entities:

For clarity, we will divide how Checkpo!nt works into 3 main phases:

If they match, that means the user has potentially been exposed. A notification will be generated on the user's device, along with further instructions.

At the same time, the server processes the uploaded packets for heat map generation.

Refer to the Whitepaper for technical specifications and more information.

If you had another 5 weeks to work on this, what would you do next?

Another five weeks of intensive work on this product would allow us to accomplish the following:

We would like to thank TechPoint for this great opportunity this summer, and all those who gave up their valuable time to teach us during the weekly sprints and the other meetings that were held. We would especially like to thank our coaches, Kiki Liggett and Chris Riley, for their patience with us throughout the idea generation, and answering any questions we had, as well as keeping as focused. Hope everyone is staying safe! 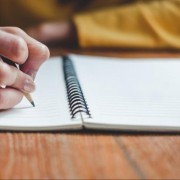