CoroVent was selected among the challenge winners in the EUvsVirus Hackathon put on by the European Commission this past weekend, competing in the Respirator & Ventilators category.

The competition led by the European Innovation Council in close collaboration with the EU member states had over 9000 participants with 2163 competing projects in 37 categories.

One of the benefits of finishing among the best is the chance to participate in an upcoming "Matchathon" - matchmaking weekend bringing together winners, partners and potential investors.

This was gratifying to the CoroVent team to have recognition on an EU-wide scale, especially as we go into early internal production Sunday, and launch our full production of tested units for the public next week.

We connected biomedical engineers with 25 years experience in Ventilator design together with Covid ICU doctors and manufacturing experts to develop in 6 weeks professional Ventilators optimized for protective care of Covid-19 patients with the most severe respiratory failures, satisfying all EU requirements to allow production of 500+ units per day starting from may.

When the Coronavirus pandemic hit Italy, we were terrified by reports that doctors had to decide who got a ventilator (and so would get a chance to live) and who didn’t, all because of a ventilator shortage.

Analysts predict that 880,000 more ventilators will be needed globally to cope with the coronavirus outbreak. We knew that this would soon affect other EU countries, and so we would have to make our own.

On our initial call with Covid ICU doctors and biomedical engineers it became obvious that hacks based on bag-valve masks (Ambu bags) are useless for Covid patients, as sufferers require a very sophisticated ventilator (see explanation video)

All such ventilators on the market were too complex and not possible to make in large quantities (as they use unique components). We decided we needed a scaled-down version to the single mode best suited for Covid patients.

But there was no such simplified project anywhere, so we had to start from scratch. And since the pandemic created a rush on all related medical supplies, we decided to use components commonly employed in other industries rather than fight the demand.

In accordance with design principles for protective ventilation, all of CoroVent’s basic ventilation parameters can be adjusted. There is currently one single ventilating mode implemented that was selected by Covid doctors as the best for their patients - volume-controlled pressure-limited ventilation. It is adjusted via a touch screen interface, specially designed with input from ICU doctors so they could easily understand it without need for extra training. Some other modes will be added later via software update, as soon as we verify their flawless operation.

Scheme, technical description and key custom-made components are publicly documented and open sourced . The design requirements as previously set out were (in no particular order):

How We Built the CoroVent

Our core team consists of 30+ members from over 20 companies and institutes - prof. Ing. Karel Roubík, Ph.D., his assistants and doctoral students from the Faculty of Biomedical Engineering of Czech Technical University in Prague with over 25 years specializing in medical ventilation, doctors from ICU units, Czech and EU companies with huge experience in fast development and production of pneumatic/electrical components, together with other experts in logistics, project management, funding, medical certification etc. Read the whole story as published in highly respected business journal “Hospodářské noviny”.

From day one we all focused entirely on this project only, investing together over 35,000 hours of work to make it happen. We knew that the main issues were not about the ventilator itself (actually we had its design done in 1 week and the first working prototype the week after), but more the ability to manufacture it in large quantities and get all the necessary official tests to validate for non-medical device use in hospitals during this crisis situation.

The ventilator is assembled in a region with one of the highest unemployment rates in the Czech Republic by Dawell company, part of the MICo Group, that was a key part of our team. The design is made to resemble LEGO toys, easily assembled from building block components by trained workers in less than an hour, with logistics and manufacturing processes optimized by professionals. We have also signed an agreement with 3 other neighboring assembly plants used for production of automotive parts that had to close the operation because of Covid19 crisis. We also focused on the very detailed testing of every unit, which takes up to 24 hours. Everything is subordinate to the key constraints: we need ventilators fast, but also need them completely safe for use with Covid patients, same as would be for the best ventilators on the market.

100% of our components are produced in EU/European countries

Our biggest hurdle was to find non-medical components that would work in a medical ventilator. E.g. standard valves would be tested over millions of cycles in a medical setting, which would make them nonfunctional after a few weeks of continuous in-and-out breathing cycles. They also exhibit lags and other behavior that is perfectly OK for use in cars and unrelated scenarios, but would kill the patient if used in a ventilator. We had to test tens of different models and brands until we found the ones that work as needed under proper constraints, or even had to persuade the manufacturers to make a special version for us.

The second challenge was to get enough components for planned units - we are not a big brand like Dyson or Tesla, and have not received any funding yet from CZ, EU or US, so it’s difficult to purchase enough up front. Several times it happened that we wanted some part that had up to a half million units in stock, but the following day none were left, as someone from General Motors came and bought them all up just in case they might need some for their ventilators later on.

This is an issue we believe the hackathon might address with the EU that could help us and others - that the EU should give priority to and protect projects like CoroVent that have specific social need along with proven design and working prototypes - by supporting critical component production and limiting exports from the EU as non-EU countries have been known to do.

Current competition on the market

There is very limited competition as existing ventilators that can handle intubated patients with Covid typically cost $25,000 and $50,000 (e.g. here) but the demand is so high that you cannot buy them. Also because of their complexity it is impossible to produce them in large quantities. E.g. Slovak ventilator producer Chirana a month ago promised only 300 ventilators for Slovakia - by the end of June.

There are many other teams that wanted to produce usable ventilators, but they largely failed (e.g. Dyson), found that they chose an unsuitable design for Covid patients (e.g. Valeo France) or are still not up to production stage as compared to our CoroVent project.

We can save millions of lives

If you compare Covid mortality rate in countries where they got into trouble with ICU and ventilator capacity (Spain 10.25%, Italy 13.51%, United Kingdom 13.69%) to those lucky ones who were better prepared or set-up stricter restrictions (Germany 3.66%, Czech Republic 2.97%), you can see a tremendous difference.

Today (26.4.2020) we have 1.140 MIO confirmed infections in European countries (without Russia) and 119,000 confirmed deaths out of 620 MIO people. Even if we would determine that 50% of infected people were not traced, it means that fewer than 0.4% got through the illness. If it is true that 70% of the European population could be infected in the next few years, we are still just scratching the surface. If we get our ICU’s better prepared and equipped with enough ventilators, we would lose “only” those 3% of those 70% of our 620 milions of citizens, not 13%.

And of course a similar situation exists outside Europe and we must help these as well if we want to help the world breathe again and restart its economies. So far CoroVent is the only viable project of this sort that could be produced quickly in large quantities, so that it will be in the hospitals when the new waves of pandemics arrive. And the EU will take the credit, if you will help us scale the production.

How EU and partners/organizers of this hackathon can help us 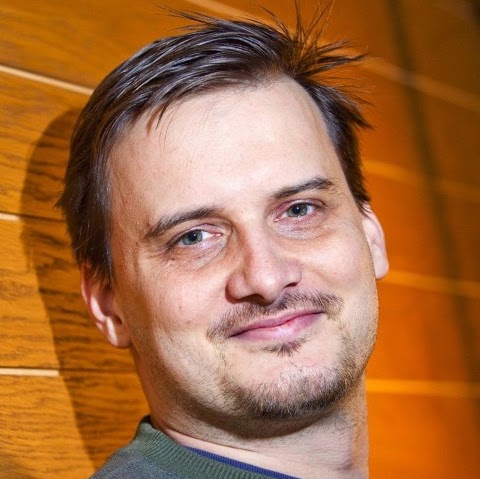