Over summer Matt and I were working on opposite sides of the country and we wanted to a way to collaborate like we were in the same room. We decided to make a prototype using the Oculus Rift and Microsoft Kinect v1 which took your real body and put it into a virtual room where we could hang out.

This weekend we decided to up the ante by integrating the Kinect v2 and the higher def image and depth data it offers*. The result is a much clearer image of the other real person that your sharing the virtual space with.

We hope to use Convrge to stream live events such as comedy shows and educational lectures. We also see it being used as a superior form of collaboration and social interaction.

*Note: We did use some pre-existing code that we wrote over summer for this hack. To be clear, the new code we wrote this weekend integrates the Kinect v2 with that existing code. 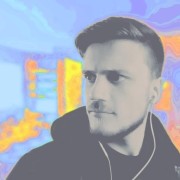