Contrib8 is a mobile application that runs on Android powered phones. The name is an amalgamation of ‘Contribute’ (what the app encourages one to do) and 8 (an allusion to the eight Millennium Development Goals). I selected Android because it is the fastest growing mobile platform in the world and is available to many users worldwide. Contrib8 is an application that enables and encourages citizens and well wishers to contribute financially to NGOs that facilitate attaining of the Millennium Development Goals. I carried out some research and established that most of these NGOs face the challenge of funding. Therefore, I devised a way in which ordinary citizens can contribute straight from their mobile phones. My objectives were: 1)      Raising awareness of the MDGs 2)      Contribute towards attainment of the MDGs 3)      Obtain funding for the MDG-abiding non-governmental organisations The application is in three sections:

NGO List: this contains a list of the Non-Governmental organisations that are available for receiving of contributions. There is no limit on what organisation can be included here. The only requirement is that the organisation be solely focussed on achievement of one or more of the MDGs. My objective of obtaining funding for the NGOs is met in this section.             **Some of the organisations in the application are mock organisations just to show how it works.

Contribution Section: This is the section of the application where the user can make a monetary contribution to an organisation of his or her choice. Contributions are made via short messaging (SMS). I am in talks with mobile carriers in my country to assign a short code number to each NGO in the application. Once this is done, the SMS will be charged at a premium; a portion of which will go to the NGO. The facility for that is already available on the submitted application; however, the implementation will depend on cooperation from the mobile service providers. This section meets my objective of contributing towards attainment of the MDGs; because it enables more people to participate, albeit indirectly towards achievement of the goals.       **The submitted application will NOT make actual contributions yet, but as soon as I receive clearance from the mobile service provider companies, it will be able to make the contributions.

Rewards Section: In order to make the application more compelling and fun, I added a rewards section, which basically rewards users for contributing to the realising of the MDGs. Rewards are issued according to the frequency of contribution by the user. Basically, the more the user contributes, the more the rewards. Rewards are in form of stars (virtual stars). These stars in turn unlock the ultimate prices – the MDGs. For each contribution, the user earns one star. Each star unlocks one MDG. The ultimate aim is to unlock all MDGs as many times as possible! This section also meets my initial objective of raising awareness of the Millennium Development Goals, because it encourages the user to unlock the MDGs;  thus learning about them. Once all of them are unlocked, they are displayed on a list at the touch of a button   Thank you.   Andrew. 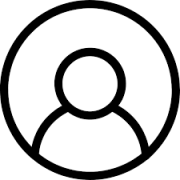