The user was always at the front and center of our focus for building this mobile app:

The team wanted to focus on one simple idea that we knew from both personal experience and those of close friends and family --- waking up to an empty tank and having to rush to wherever we have to be. After extensive research of the FordPass app, the team decided to build a fuel gauge alert app where a user can set a time and "distance to empty" notification.

The Fuel Alert app uses the Ford API alongside our own data to generate notifications based on a time and distance-to-empty amount the user specifies. When the fuel level in the car is below the level the user chooses, they’ll receive a notification at the time of their choosing.

There was a huge learning curve to overcome while getting well versed with how to use the Google Cloud platform, what the end points would look like, how it connected to the database and using the different APIs that were available. It was a little difficult integrating some of the things that were Firebase-specific because the CLI for the realtime database is in JavaScript and TypeScript, while all the coding in the Google Cloud Functions was in Python for which we had used the Pyrebase library.

Cloud scheduler is a really good way to manage notifications on a specific time. However, after doing research we found out that we cannot create a scheduler for dynamic time; if you want to send notifications on dynamic time, you have to poll Firebase every minute to check if it’s time to send the notification. Running the scheduler is expensive. So, we turned to the client-side option. This was also a challenge, as the app needed to be able to make an API call at a specific time. While it is possible to directly schedule times using React Native, Expo had no libraries to do so. We considered the possibility of ejecting from Expo, but given the time constraints we decided we would try and find another workaround.

The workaround we found was using two Expo libraries: Task Manager and Background Fetch. With these, we were able to schedule a task to run once the app was backgrounded, checking for the time and making the API call if it was within five minutes. Should the fuel level be low enough, then a local notification is triggered. While this isn’t the optimum solution in the long run, we believe it’s a good workaround to demonstrate the proof of concept of the idea.

React Native was new for our team, and while we spent time taking a course before diving into our project, this online class couldn’t cover every scenario. The majority of our styling was done through Google searches for the specific styles we wanted to include, which was time-consuming as we learned about each styling element.

Due to the lack of OAuth access (which we’re entirely empathetic to - we recognize that this would have to be configured for hundreds of people!), our team spent a significant amount of time devising a reasonable method to allow the user to get the proper authorization in our app to use the Ford API. While it’s not the ideal long term solution, we ended up deciding to make a screen where the user is linked to the website, and pasting the authorization from there, which helped accomplish our basic functionality even without OAuth configured. 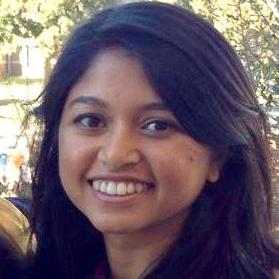