We wanted to make an AI that could beat us at a game.

There are two aspects to our project: There was producing the game itself, where we would code a GUI along with the necessary back-end to make the game run. Alongside the game itself, there was the AI that would play the game.

We used the Pygame module to create a GUI for the game. Then we coded the AI using the MiniMax algorithm with alpha-beta pruning to pick the best possible move per turn.

We learned that this was quite an ambitious project for 24 hours but in terms of code, some cool things we learned about were the MiniMax algorithm (a way to tell the AI which moves were better than others) and alpha-beta pruning (a way to save computational time by pruning off parts of the game tree)

What's next for Connect 4 - AI 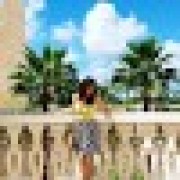