Just something I thought of on the bus. I'd done something with distributed tasks before but not cloud-based, so I thought this was an interesting way to reinvent it. Vince got on board and we started hacking on it.

Firebase is used as the database for the whole thing. There's an “orchestrator” backend application which polls the database occasionally and tries to figure out the most optimal distribution for new tasks, and checks to see whether it needs to scale. There's an “instance daemon” which receives tasks from the orchestrator. Finally, there's the web interface made with Firebase (of course) and React.js.

Algorithms, mostly. Managing all that state is not trivial.

It works! We can ship docker containers to our instances and intelligently distribute them, and display the progress. 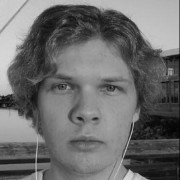