This project is made only for the sole purpose of being a demonstration test for the "Hackathon AWS Devpost Habana Gaudi".

The motor capacity of people is an essential aspect for their quality of life.

In the same way, being able to better predict diseases such as Parkinson's could represent a great advance in the field of medicine.

With an example model like this one could achieve:

2- Adapting the model, the AI system could be taught to understand changes in writing patterns that would lead to suspect the presence of a disease such as Parkinson's, among others.

The foundations of this model emanate from (MNIST and Keras). 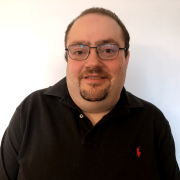