Social media today is focused on connecting users who share similar friend circles and interests. The recommendations that show up on users' feeds are geared towards their current beliefs, leading to increasingly polarized iterations of the information in the hopes of keeping them online for extended periods of time. This way of connecting users results in "echo chambers" of experiences, ideologies, and culture.

Common Grounds is fundamentally built with the purpose of connecting users who might not share the traits that traditional social media looks for in potential connections, but who could still be good friends given the opportunity.

Traditional social media is designed around the idea of a centralized network. Users accrue an increasing number of followers and likes. In recent years this has led to the rise of influencers, people who amass large followings on social media and thus have a disproportionate influence on others despite their knowledge and credibility on any given topic. This means that a retweet or post by a prominent figure on a supposed rumor could lead to its rapid spread into a common misperception.

Common Grounds is aimed at building an egalitarian network of connections where one accrues "friends" not because they already have a large following or because they're a model, but because of the merit of their ideas. Further, because there are no followers or likes, users can focus on building meaningful connections in a stress-free environment.

Because there's no search feature for friends, no publicly-viewable number of followers, and therefore an absence of influencers, users build authentic relationships in an environment where there isn't pressure to increase their numbers of followers or likes.

Common Grounds is composed of two main components: a React frontend and a Python backend server. On the frontend, we use Firebase Auth for login, Twilio Video for video calling, and WebSockets for live, bidirectional client-server communication. Our frontend uses the NextJS React framework and is deployed to Vercel.

On the backend, we used the AIOHTTP Python library to serve HTTP and Websocket requests, Firestore for data persistence, Twilio Video for video calling, and OpenAI GPT-3 for intelligent discussion prompt generation. Our backend is deployed to Azure web apps.

What's next for Common Grounds 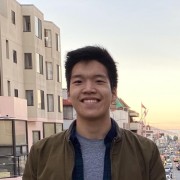