Keeping this in mind Communication is one of the most important keys to having a successful project Comment Translation for Jira was created to help users to communicate in an easy way providing tools, helping them express themselves in different languages and to understand better what their colleagues are saying.

To make this possible, Comment Translation for Jira provides a useful UI, where comments can be posted in the user's native language and automatically translated into the project default language. Additionally, all comments can be translated to whatever language the user wants.

The first interface is the editor based on @atlaskit/editor-core which Jira uses internally to create comments. There, the user can type the comment using their native language and in two steps, clicking to "Translate" and "Save", the comment is posted using the default project language. This allows the user to make any adjustment they want before posting the comment (we at resolution GmbH have some experience with company names being translated even though they're used as such 😅) or return to the untranslated version if they wanted to rephrase something.

The second interface is a new tab provided by the Comment Translation for Jira where the user can see all comments translated to a language they choose. This is useful if the user isn't proficient in the language used on the project. This is done using a dropdown where it's possible to select the language used to translate the comments. For a native look and feel, we use the @atlaskit/comment component.

As a little bonus, if you install the app in Confluence, you can select some text and then use a context menu action to translate it.

To create this, the Resolution team used the Forge Custom UI mixed with Atlaskit-provided React components to create a good and Jira-native-looking UI, where the users can have a good experience understanding the others and expressing themselves. To make the backend, we used the Atlassian API to get the comments and all information necessary to translate. We then convert ADF to HTML, so the Google Cloud Translations API could be used to translate all texts.

To create the Comment Translation for Jira we have some issues and we see some points to improve like:

One thing that the Resolution team is proud of is how the transaction from ADF to HTML was made. Since Google Cloud Translations supports translating within and preserving HTML tags, this makes it possible to translate the text without removing the formatting created by the user. After translation, we recreate ADF from the translated HTML so the translation also has the same formatting in the same places.

Works deeply with ADF format, more about Atlaskit component who we hadn't worked with before, and more about how the Forge Custom UI works. We were also able to gain a lot of information about the state of Forge and its readiness for use in production Marketplace apps.

We do not wish to share this information publicly. 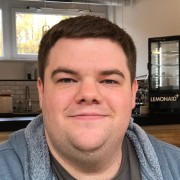