I worked in the Cinema industry for a number of years, we would EQ the screens searching for dead spots using specialist equipment. With growing popularity and the ever increasing hardware specifications of smart phones I decided to learn a few things about programming so I could research the technologies used in sound recording and production.

The original app is a very simple use of the MediaRecord API for reading sound amplitude and converting the returned value into a colours opacity value to be displayed on screen in real time. I later modified the application to include an image of a popular YouTube personality and published the app on the store under a new name which has since been downloaded 40,000 times compared to the original ColourVol of 240 downloads.

Programming. I had no serious programming skills and had never tried to design or build on a mobile device before this.

I taught myself the basics of Java and OOP so I could piece together the problem and solve the technical challenges. All whilst studying part-time and working full-time under a heavy work load.

Modern CPU's include DSP's whilst multitasking, the architecture of modern CPU's is amazing.

Whilst the offspring of ColourVol is in production as a fully fledge game in UE4 I hope to include further research into audio capture and processing within future apps, including #Stampy. 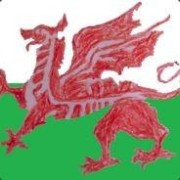