Walking around the sponsor area we ran into a couple of great gentleman at the Micronote table. They showed us a cool little piece of hardware they had that they called a boiler board, the example was running a classic snake game. Our team was very interested in working with the boards but unfortunately we had never used python or any hardware before. After the opening ceremony we decided we would try it and make it work or fail miserably, either way we would still learn a lot.

The color game outputs text to the screen saying either a color or the name of a button of the board. You must then push the corresponding button in order to get it right. The game than tallies your score and will tell you how many you got right and how long it took you to do it.

We built the game using Python which neither of us had never used before. After some quick youtube tutorials and creating simple practice programs to translate our C++ knowledge over we were able to construct the logic behind the game, but getting that to interface with the board..... well that was a whole nother issue

Starting from scratch with Python and the boiler board hardware was an intimidating challenge. Soren has had less than a semester of computer science and Drew is only just starting his second year. We had a few issues trying to import libraries to the board, we found that the board used Micropython and our IDE was in Python, having to discover equivalent libraries was difficult because there was less Micropython troubleshooting. Getting used to the new syntax of Python was also very different than what we were used too. Also trying to push files to the board using programs like Putty and Ampy were things we never had to do before.

From this project we learned how to use Git, Ampy, Putty, Python, MicroPython, how to interface with hardware and how to code as a team.

We came to this Hack with the intention of picking up a new skill, and we got plenty! Having never touched any hardware besides pre-packaged consumer products, even getting something to print to the screen was a serious accomplishment. Making a full game was beyond what we had hoped for and we are proud of that!

What's next for the Color Game

We would like to add a timer that shows you on average how fast you responded to each prompt, if we had more time we definitely could have done it.

What's next for the creators of Color Game for Boiler Boards

Before this hack we never would have experimented with hardware, but having won boiler boards during the hack we are now looking for new projects to explore and always looking for new things to learn. 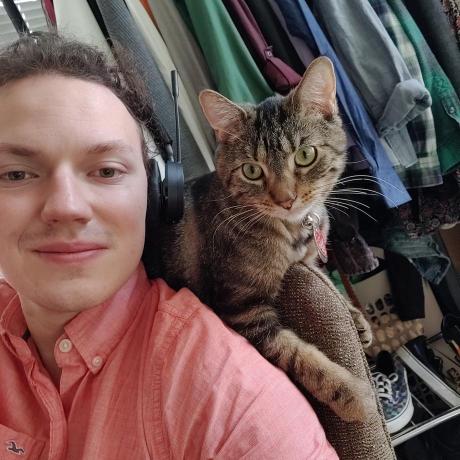