We found that sometimes when you're solving codewords in the newspaper, you just can't find one or two letters that you need.

You take a photo of the puzzle with your phone and present it to the app. It processes the image using OpenCV to determine the structure of the puzzle and detect the numbers. Then, this result is passed to the solver which works out the solution to the puzzle in less than a couple of seconds, presenting the user with a digitised version of the puzzle with the ability to reveal certain letters.

What's next for Codebreaker 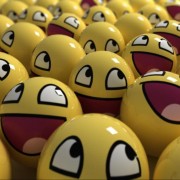