Like many non-native English speakers, some of our team members struggle with certain English pronunciation. There is no existing platform that allows English learners to practice their speaking by providing feedback on how understandable they sound and pointing out the nuances in their pronunciation. Furthermore, hiring a speech coach for speech training can easily cost up to £200 per hour [1].

Our team built Cockatoos with a goal to make speech training easier and more accessible. Cockatoos is an intuitive speech training platform powered by an NLP model that provides an easy way for language learners to practice their speaking. It also provides instant feedback on users pronunciation and articulation, and allows the users to track their progress over time.

Cockatoos provides an interface for users to practice their speaking using the Echo Method. Specifically, the user will firstly listen to a recording of a phrase, and then try to mimic that recording as closely as they can.

We leverage the built-in Web Speech API to implement this workflow natively on the user's web browser:

We then compared the user's speech to the original text, and highlight any misunderstood or missing words. Afterwards, the user moves on to the next phrase by pressing next, and they'll keep repeating this cycle until they're done with this article. If they want to continue practising, they can press "Practice More" to retrieve a new article from the database.

Once they finish practicing, the user can go back to the progress dashboard to check their daily scores.

After the user finishes practicing, we calculate the articulation and pronunciation scores(as mentioned in the Scoring Model section). The users can see their daily scores, as well as historical trends, on the progress dashboard.

The clarity score is calculated from a word-level comparison between the original text from the articles, and the text generated from the user's recordings. Using the Levenshtein distance, we award a score out of 100 based on the differences in text, with 100 being an exact match in words, and 0 being a complete mismatch.

The pronunciation score is calculated by our model adapted from the paper Deep Learning Approach to Accent Classification[2]. Since this problem is a bit more abstract, our approach was to use machine learning to compare the user's delivery to that of a native speaker. We chose to draw a comparison to the Standard American accent, since it had the most data and resources to support our model.

The practice articles must be broken into readable and logical phrases to make it easier for users to read.

We built a phrasing tool utilising the SpaCy NLP (Natural Language Processing) API to divide long sentences into smaller chunks while being aware of punctuation, parts of speech, and word dependencies.

Cockatoos implements an accent scoring system for users who wish to learn more native-like rhythm in speech. We implement this feature by constructing our own model using Azure ML.

Using approximately 10,000 of Mozilla Common Voice data[3], we chopped the audio file into 1-second segments. Then we filtered out segments with low volumes to avoid using void sound files. The chopped audiofiles are then converted into MFCCs. MFCCs describe frequency level based on human ear perception rather than the raw frequency, which enable us to implement a CNN model to distinguish accents.

We built the following model based on this work[2]:

Using 10-fold cross validation, we trained the model to achieve 65-75% testing accuracy on detecting native British/American depending on different sets of data.

Cockatoos provides the user with accent score by preprocessing the user recordings into 1-second segmented MFCC file and forwarding it to this model. The model outputs the probability in which each segment is the accent of a native English speaker, then outputs the average of this possibility as the score.

We utilised Azure ML to make the acces of the large scale data (12GB) easy among our teammates. Then we trained our model by submitting experiments to AzureML, and stored and deployed trained model to the Azure regitstered model. This model is used in Azure Function that collects the user input, pre-process and forward feed it to return the accent score results to UI.

The clarity score represents how clearly the user's English speaking is perceived by a native English speaker. Cockatoos approximates this behaviour by measuring how accurately the user has pronounced the words in the given article, using the Speech Recognition API available in the standard Web Speech API.

We observe that naive phrase comparison techniques (such as counting how many spoken words appear in the ground truth text) fail to accurately measure the user's performance, as these techniques do not consider the whole context of the target phrase that the user is reciting.

The clarity score is computed based on a case-insensitive, punctuation-agnostic word-level Levenshtein distance.

The Levenshtein distance is a common algorithm used for spell-checking to determine similarities between words based on the minimum number of *character-*level edits to transform the observed word into the ground truth word — the edits could either be a (character) insertion, deletion, or replacement.

We adapt this to compute the minimum edits on a word level to transform the recognised speech into the ground truth target phrase. We also keep track of 'no-op' edits, which carry zero weight in the Levenshtein distance, but contribute to the edit count. Thus, the clarity score is the number of no-op edits divided by the number of total edits.

Working with AzureML had a steep learning curve. It always seemed like an easier way to run training on my own laptop rather than establishing a pipeline through Azure. Having to establish our own docker settings for our packages was another challenge.

However, after we've established our pipeline, collaborating became so much easier as none of us have to download data or run training overnight on our laptops. This improved my sleeping quality as I was suffering from helicopter sounds from my laptop everynight.

Some preprocessing libraries require a Linux package that cannot be installed in the default container provided by Azure Function. We decided to use a Docker container to host our function. However, we ran into a CORS error when testing the HTTP triggers locally. We found that CORS cannot be enabled for local development, as the Docker image ignores the local.settings.json file that can be used for such configuration. A similar issue has been discussed on GitHub (Azure/azure-functions-host#50590).

As a result, we had to test our implementation by pushing the Docker image, and interact with the deployed function. This slowed down our development and debugging process.

Our frontend application is required to perform speech recognition and capture the audio recording as an audio blob simultaneously. Because the Speech Recognition API does not expose the audio blob, the latter could not be achieved solely via the Web Speech API.

We addressed this by delegating the audio recording responsibility to the MediaRecorder API, also built into the browser. We implmeented an Angular service with start/stop APIs that act as a fascade to the Speech Recognition API and MediaRecorder, and synchronises the operations invoked on the two web APIs accordingly.

This project was generated with Angular CLI version 11.2.2.

Run npm run storybook to test the component in an isolated environment. An storybook example can be found in score-chart folder. 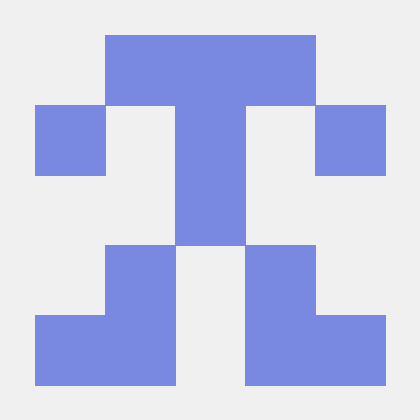