cmd-vortex helps you to send and receive files via command line. Most of the developers like to do all their operation on the command line.

Git is cool , file sharing sites are cool ! But sometimes all we need is a single command that can make you transfer files without making you jump out of terminal.

cmd-vortex is built as a node.js module , which means it can run on all platforms wherever you can run node.

Install node.js which comes with node and npm command lines

Open terminal and install it via npm

or Install via git

After installing , cmd-vortex will be available as a command line. you have type vortex to access it on the command line.

Things to be done 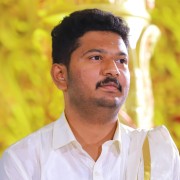