The Kotti Classic and Görli testnets running different implementations of the Clique engine got stuck multiple times due to minor issues discovered. These issues were partially addressed on the mono-client Rinkeby network by optimizing the Geth code.

However, optimizations across multiple clients should be adequately specified and discussed. This working document is a result of a couple of months testing and running cross-client Clique networks, especially with the feedback gathered by several Pantheon, Nethermind, Parity Ethereum, and Geth engineers on different channels.

The overall goal is to simplify the setup and configuration of proof-of-authority networks, ensure testnets avoid getting stuck and mimicking mainnet conditions.

Cliquey is the second iteration of the Clique proof-of-authority consensus protocol, previously discussed as "Clique v2". It comes with some usability and stability optimizations gained from creating the Görli and Kotti Classic cross-client proof-of-authority networks that were implemented in Geth, Parity Ethereum, Pantheon, Nethermind, and various other clients.

This section specifies the Cliquey proof-of-authority engine. To quickly understand the differences from Clique, please refer to the Rationale further below.

We define the following constants:

We repurpose the ethash header fields as follows:

The initial validator list can be specified in the configuration at genesis, i.e., by appending it to the Clique config in Geth:

By using this list, for convenience, the extraData field of the genesis block only has to contain the 32 bytes of EXTRA_VANITY. The client automatically converts and appends the list of signers to the block 0 extra-data as specified in EIP-225 at checkpoint blocks (appending SIGNER_COUNT*20 bytes).

For a detailed specification of the block authorization logic, please refer to EIP-225 by honoring the constants defined above. However, the following changes should be highlighted:

This strategy will always ensure that an in-turn signer has a substantial advantage to sign and propagate versus the out-of-turn signers.

The voting logic is unchanged and can be adapted straight from EIP-225.

The following changes were introduced over Clique EIP-225 and should be discussed briefly.

Finally, without changing any consensus logic, we propose the ability to specify an initial list of validators at genesis configuration without tampering with the extraData.

What's next for Cliquey

Implementing the specification in Geth and Parity Ethereum and hardforking Görli and Kotti Classic testnets to upgrade for Cliquey. 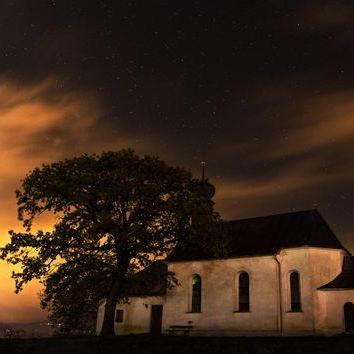