CLIK is a location-based message board that enables you to engage with local people who share similar interests with you. From finding local gamers or biking partners to gathering people for events, you can finally spontaneously partake in the activities you otherwise wouldn’t have done due to lack of interested people. CLIK can also be used as platform for asking question to your local community, selling items to your neighborhood, getting assistance from local people of the foreign location you may be visiting, or even starting a conversation with people at the same social event. Share the experience with people who have similar interests as you easily make new friends that will last a lifetime. Ideally anyone can join CLIK regardless of what mobile device they are using. CLIK is all about connecting people around you in forms of cliques and eventually expanding to build a more active community. This service encourages interaction with those around you, something we feel that is slowly fading in society today. In the future, CLIK will recommend subgroups that may interest you which in turn will expand your network. CLIK is here to connect you and everyone around you! 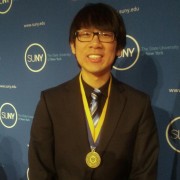