Climate change is a serious issue in the world today. Current efforts to solve and promote the issue of climate change has not been much effective. In our opinions, the key to solve climate change is to get more advocates, but in what why? That was the question we were stuck on. After doing hours of brainstorming and research, we found out that if there were more young people in the society who were more knowledgeable about the issue and know the potential effects of climate change, they will be more motivated to spread the information and change their lifestyle. Thus, we created our app with a slight twist to it: we filled the app with different interesting games for you to learn more about climate change, which could possibly motivate you to take action. There is, of course, also information which you can read if you prefer it that way.

Our climate change app has several sections. Firstly, there is a quiz which you can do to test out your carbon footprint and see how many Earths it would take if everyone lives like you. In the quiz, it asks you few simple questions about your daily lifestyle. After you have completed the quiz, you get to know a cool fact (if everyone lived like you, how many earths it would take) that might serve as a motivation to what you can do to help alleviate the severity of climate change! Secondly, there is a short quiz on climate change which tests your knowledge on general information on climate change. This quiz allows you to learn from your mistake and gain more knowledge on the basic facts of climate change. Thirdly, there is a place for you to learn more information on climate change. Even if you think you know everything about this issue, there is always more to learn! In this section, you can choose to either read facts or generate facts about climate change. Both ways are great ways to learn but it all depends on you and how you learn best! Fourthly, there is a place where you can learn about how you can help. This section is also divided on to two sections, a fun game or a short passage to read. The game is where you have to answer true or false questions of what you should do to contribute to alleviating the severity of climate change while also playing a game. The game is mischievous so get ready! Also, there is an instructions page before the game starts. Additionally, there is a place for you to learn how the ongoing pandemic (COVID-19) has affected the world. There are lots of interesting and very surprising facts and diagrams that we have created ourselves so make sure to look and read through that! Specifically, the diagrams and text compare aspects of the world before COVID-19 and during COVID-19. Last but not least, there is a tab for collection of games relating to climate change. These creative games are fun and are meant to motivate people.

How we built this app is through a variety of steps. Firstly, we had to think of ideas to code for and what to include in our app. Secondly, we had to actually code. This step was of course, the most important step, so it took the longest. Over the days of the hackathon, we spent hours working together as a team and programming to make an app that can make a change in the world.

Challenges we ran into along the way were ample. The progress of programming is never easy; a bug in your code can lead to potentially hours of searching for the source of the error. When we started coding for this app, we were first stuck because we had no idea what to code. Then, in order to resolve this issue, we looked around Google for global issues and noticed just how big the problem of climate change is. Thus, we, without a doubt, chose climate change and started working on what to include in our app. We decided that the best way to approach climate change is with a twist: we decided to fill the app with fun games and exciting quizzes to inspire people to join us in the battle against climate change. Over the days of the hackathon, we also sometimes had trouble coding. Sometimes, we as a team would have no idea how to continue. To resolve that, it required preservation, teamwork and resilience. We battled through the obstacles and spent long hours figuring out what to code and how to go about the app. All in all, though we definitely ran into loads of obstacles along the way, it was still a great learning experience.

In the process of creating this app, there has been times where I feel proud of succeeding but there has also been times where I felt down for not being able to do something. However, I always made sure to know that failure brings you to success! Specifically, we are proud of the collection of games tab. In this tab, there are four games that allows people to interact with the app while also learning more about this issue. The first game is the fun fact generator. This can teach people about climate change. The second game is the save the earth game. In this game, the player have to try to get the image of the earth to touch the balls while also answering questions about what you can do to help. This is an excellent way to let the player learn about climate change while not feeling bored. The third game is the draw the earth game. This game is directed to children as they are allowed to have fun, be creative while learning. The last app is the catch the carbon dioxide game. This app is similar to the catch-the-mole game.

From creating this app, we have learned that climate change is a much more urgent and serious issue than we thought it was. It is important to note that it is probably not only us who just recognised it, there are so much people out there that doesn't take climate change as seriously as it seems. From researching about climate change to incorporate into my fun fact generator to making games that motivates people to do something about climate change, it really upsets me to know that the climate is warming, animals are not living their desired life, plants' population are slowly declining, animals are going critically endangered and extinct but... so many people are not doing anything about it. Additionally, I have learned that many of the climate change activists has actually been exposed to this issue at a very young age. Therefore, by creating this app, I decided to add more components that is fun and exciting for children like catch the CO2 and draw the earth so that we can have more of activists in the near future.

What's next for Clean and Green

After creating this app, we, as a team, have decided to publish it to the internet so that the public can use it to learn more about climate change in a less boring and more exciting way. Instead of having facts thrown at them, they have the opportunity to learn through games and interact with the app. We are still trying to find more ways to get more people to use this app! 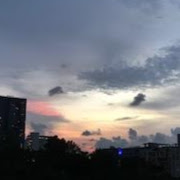