City Guide Mystery will be an augmented reality app that will use geolocation and building/place recognition to navigate users around a city's historic or visitor area while the user finds clues to figure out a mystery. Both new and repeat visitors will have the opportunity to learn new facts and see new sites, all while be guided by the many story layers of the mystery. For this challenge, a guide will be developed for San Fransisco, with additional mysteries in other cities to be developed in the future.

This app will be developed by Troy and Todd Taylor, developers of iOS and Android apps based out of Burlington, VT and Huntingdon, PA. Together they have released numerous apps, including apps that use geolocation and mapping APIs for both Google Maps and Mapbox. 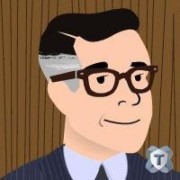