Github here (including base SAM template for deployment): https://github.com/cbonoz/city-biking

Deployed and available in the open SAM repository: https://serverlessrepo.aws.amazon.com/#/applications/arn:aws:serverlessrepo:us-east-1:372207227647:applications~alexa-city-biking-skill

You can ask the city biking alexa skill for information on the number of city bikes at stations across the United States. This alexa skill will understand fuzzy queries about particular streets and locations, and give you the number of free bikes at these locations in real time. Also has a database of facts on biking history and healthy biking you can tap into.

Find out how many bikes there are before you leave the house.

Works in most major US cities.

Uses a database of mined biking facts and a live public city bike API to get information on biking and bike stations in real time for user queries. Uses a fuzzy search library to best match the user's vocal query against a particular known station and city.

Fuzzy search and station matching is somewhat tricky - especially when the user doesn't know the city or stations ahead of time.

Got the fuzzy search to work relatively well based on street names and regions as long as the city is known.

How to learn the most up to date Alexa skill 2.0 library. How to deploy apps on SAM - it's quite easy! This was a simple, but effective, way of deploying the skill.

Would love to improve the UX for finding bike stations, or add tracking for user biking activity so the app could encourage more frequent riding. 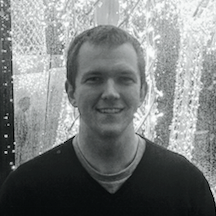