Understanding the complex protein structures in scientific journals can be a challenge. Apart from that, it's hard for a student to visualize complex 3D molecular structures in a classroom. We wanted to build something on the new ARKit that's both useful and fun to make. Since neither of us know each other before, we had to focus on over overlapping skillsets and decided to build a data-driven iOS application.

The app basically, opens up a camera. A user can point to a scientific journal or college textbook. The App parses through the text, extracts chemical compounds and presents a list. A user can choose the molecule/protein he wants to render in the AR environment. The complex 3D structures is then presented which the user can interact physically.

The App extracts chemical names from a large text in real-time and renders the molecules/proteins in an AR environment.

We had multiple scripts to parse.MOL files, a flask-based service to serve the rendered files and the processed text to the App. And of course, an IOS App.

The 30 hour time from idea to product was challenging enough. :P

We had to find a way to automate the .MOL to .DAE conversion. There's no direct way to do it. MOL is a Chemical table file with structure information and .DAE is a 3D scene. The conversion was done with pyMOL scripts along with an AppleScript automating the whole process throughout the night.

Another challenge was iOS not having an OCR API. We had to draw bounding boxes and extract the text separately.

We are proud to learn how complex file conversions can be. We learnt more about CoreML and ARToolKit, the new toolkits from Apple. We formed the team and the idea at the venue and it has been an amazing 30 hours to convert that into a product.

This was our first AR project.

Better MOL rendering, more interactiveness on the 3D scene and better UX. We have plans to port it on to Oculus as well.

Licensed under the Apache License, Version 2.0 (the "License"); you may not use this file except in compliance with the License. You may obtain a copy of the License at

http://www.apache.org/licenses/LICENSE-2.0 Unless required by applicable law or agreed to in writing, software distributed under the License is distributed on an "AS IS" BASIS, WITHOUT WARRANTIES OR CONDITIONS OF ANY KIND, either express or implied. See the License for the specific language governing permissions and limitations under the License. 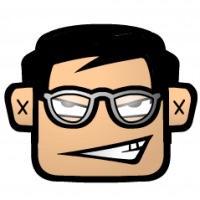