One of the first things our team was able to connect on was chemistry. One member was experienced as a chemistry major, while another was suffering in genchem. We knew that we wanted to learn about AR since none of us had experience with it before. Particularly for youth, chemistry involves objects and behaviors impossible to visualize in the real world. We hoped to make an app for all ages that would help us visualize that miniscule world all the bit better.

As an educational app for the tech-savvy chemists of the future, ChemCardsAR offers a new interactive way to learn about the elements of the periodic table. Each element is represented by a unique QR code that the device’s camera can identify and augment with 3D models and hovering text. Display multiple cards at the same time or rotate the cards to get a closer look at the atomic structure.

AR demands a lot of computing power from operating systems, so testing became an issue on slower computers. Plus, sharing Unity projects over GitHub is a bit of a challenge, so we used Unity Teams' repositories instead. One of the big challenges was making distinguishable image targets that were less susceptible to changes in lighting/movement. There were times where images would come out a “5 star rating” as a target but wouldn’t get picked up at all by the camera, or images would be recognized as three different objects at once.

We're happy to have worked together, stayed determined, and made a pretty future-oriented app. Each of us contributed special, unique skills to the task. None of us came in with any experience with Unity or augmented reality, so we were very proud of being able to learn and develop a project like this in a limited amount of time. This was also our first hackathon, and we’re proud to have made a team of such a wide age range and personalities, yet all driven and all loving coding.

We learned about Unity's game objects, number one, but also how to work together remotely, how to connect many different scripting environments together, and how to make the most out of short time constraints.

Future builds might include dynamically generated compound structures, where adjacent atoms can link and form bonds. Organizing a molecule becomes like building a puzzle, where the pieces/cards come together to form a satisfying final product. We could also add a minigame within the app to make the app even more kid-friendly. A possible minigame would have the user match an atom with a description, and points are given on speed and accuracy. 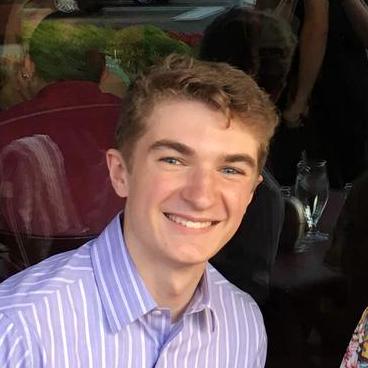