Over the past few weeks, my friends and I have been interviewing everyone we could talk to, trying to figure out if there was an oppotunity to start something new during the pandemic.

We knew it would have to be digital, and we wanted to find a way to help people make money when it's becoming more and more scarce the longer this pandemic goes on.

After 53 interviews this past week, we decided on this project - Cheddar Chatter.

We found two things resonated with millenials the most. 70% of millenials say they want to be an influencer. And almost as many were struggling to make ends meet because of the pandemic.

After spending a ton of time working with influencers in the past, I came to learn that the best influencers were always "micro" influencers. Those with at most a few thousand followers, because their followers were truly their friends. Taking these social power users and giving them easy opportunities to get paid (as well as those just starting out with growing their following) will open up doors for brands to cover new ground in marketing, and potential influencers to get several steps closer to where they want to be.

I've always searched for weird opportunities to make money. everything from owning 30 cell phones as a kid so they could play ads and earn me gift cards every day, all the way to buying and selling ipads overseas with amazon affiliate links.

I wanted to take my passion for finding income in unlikely places, and the lessons I learned working with influencers, and try to build that into a product people like me would want to use. The simplest version I could think of was Cheddar Chatter.

Cheddar Chatter lets you get paid to retweet certain tweets from brands.

Brands can list their tweets on the CC platform, then any users can come in, see the bounty for a retweet, and retweet to their personal account to get paid instantly.

Payments are sent through the Stellar network, as we found that many people were worried as to if they'd actually get paid. But, when given the option of cryptocurreny/blockchain payments, were much more confident (even when not particularly knowledgable about the space). Similar to Lolli, we think this could be the starting point for many people's journeys in crypto, or even just in secure payments.

It's almost entirely a node app with a very basic frontend. Puppeeteer is used on the backend to scrape twitter for the retweet information necessary. Airtable is used as a backend DB to keep track of submitted tweets and their retweets. The backend itself is hosted on heroku.

It turns out, you have to ask permission to use the twitter API, and I was not given permission in time for the hackathon! As a result, I spend the LARGE majority of my time trying to account for the missing functionality through various frontend scraping / puppeteer magic. In the end I had to significantly cut back on features for the weekend just to get something capable of the simple calculations needed.

Also, Stellar transactions are very confusing. Having been inspired significantly by Lolli, and the conversations we had this past week, I was hopeful we'd be able to get something up and running with Stellar in the time given. Unfortunately the twitter struggles combined with the complex nature of stellar made it difficult to get anything incorporated in time.

The absolute core functionality of this works. Given a day or two (or twitter api access), this product could be effectively feature complete and up and running as a twitter-only MVP. I'm planning to go forward with that plan and launch to product hunt and maybe some subreddits to see what interest comes through (especially on /r/beermoney and in crypto communities).

If things go well, many people asked if we could support instagram stories, so I want to look into their API... or start scraping and making my own :D

There is always a way around a blockade. Even if it takes longer, even if it's harder, don't let anything stand in your way! You can get further than you think you will in less time.

Feedback is extremely helpful. I streamed this entire build process on twitch, and I continue to appreciate the community of hackers and startup nerds that care and want to see kids like me succeed. I couldn't have gotten this far without them!

What's next for Cheddar Chatter

1) Finish MVP features this coming week 2) Soft launch for feedback to PH or a few specific subreddits 3) Build for a handful of days on feedback, probably clean up UI 4) Look at brand partnerships / reach out to entrepreneurial network to offer cheap marketing to get both sides of marketplace using product, see real live customer feedback as opposed to just thoughts 5) Build off of feedback for a week or two 6) Start looking into growth opportunities either through real/larger brand contrats or other social medias 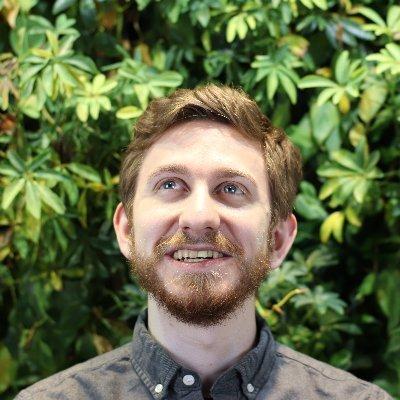