Given the time of year, we are all looking for an apartment. We spend countless hours browsing craigslist, looking for that perfect apartment and weeding though hundreds of inappropriate results. Wouldn't it be easier if you could just tell a bot in natural language about yourself and let it find an apartment for you?

chatFlat leverages the message based interaction of Smooch.io with the natural language processing Nuance's Mix platform to understand the way humans naturally speak. With prompts to enter data on gender, age, marital status and occupation, we can train our machine learning model to recommend flats based on who the end user is. This model, powered by Microsoft Azure predicts which apartments out of a sample set would be most appropriate for the tenant.

We split the project into three main components, the natural language processing to understand the input given, the machine learning model that would find the best apartment, and the chat interface powered by Smooch.io. Once we had these components, we combined them together in the Azure cloud and hosted on a .tech domain.

We had some difficulties working with certain elements of the Smooch.io API allowing messages to be sent by the bot but were eventually able to find a solution with the Smooch.io engineers on site. In addition, we worked extensively with the Nuance team to work around the quirks of an early beta platform and getting the JSON values out of the response. 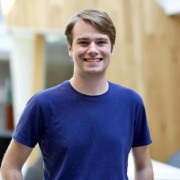