Every generation has some sort of telekinetic super power - Star Wars had the force, Harry Potter had a wand battle and we have our current day generation ProfessorX: Cerebral Wars.

Using two MUSE EEG headbands, we train in semi-real-time two individuals to prepare them for a meditation battle using a RaspberryPi B+ as the stand-alone appliance. Between the two players, there is an LED strip driven by our software indicating who is winning. The winner is the one who meditates the most during a specified period of time.

We created several machine learning libraries, a hardware setup, custom Linux distribution and created this mental para-dime according to current machine learning and neural literature. As a team, each person was responsible for a component and it came together to form Cerebral Wars.

Hardware not quite behaving as expected - LED/SPI strip from China. Time for the complexity and scope of this project

Getting this all to come together, while having two new team members join us in an autonomous fashion.

Thank some deity for giving us the idea to borrow a logic analyser.

What's next for Cerebral Wars

Adding sound and haptic feedback to add an extra dimension to the platform/demo as well as irritate the winner. 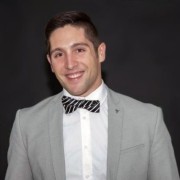