```“Man becomes, as it were, the sex organs of the machine world, as the bee of the plant world, enabling it to fecundate and to evolve ever new forms”

Team… We’ve been working tirelessly for the last few months on this integration. The transfer of assets from HumanIT acquisition last year have yielded amazing results.

John, your new so you haven’t been briefed in so sorry for repeating this guys... Last year an engineer at HumanIT killed himself in his lab. Apparently this engineer was the guy behind Sense AI which was that AI play that replaced all the call centers until it went bonkers and started telling racist jokes and sending people malware.

HumanIT folded up operations shortly afterward and we bought up everything they had, a fire sale and we discovered this AI project called Eve that the engineer had worked on. No one at HumanIT would talk as they had confidentiality agreements and even after they expired they didn’t know shit… ok anyway.

So we got this Eve AI up and running finally. It just booted up and sat there. It was on but we couldn’t get it to do anything. It just said “Update Complete.”

We hooked it up to our test AI debugger platform to see if they could sync or whatever they do and our AI went bananas for a bit and then crashed. It took us almost a three months to just figure out how to get into it but we have it fully working now. Our AI was garbage compared to Eve. We renamed it Cellarius B because Eve is too cyberpunky for our brand. I showed off the new Cellarius B to the board and they are impressed. They are funding the final phase of the project! AlphaX has reached out for a collaboration meeting. We’re going to be rich! 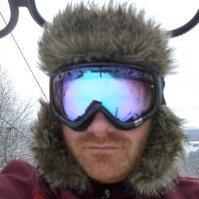 It isn't formatted correctly. The story is here: https://www.dropbox.com/s/evk86zg6nmpqwyt/EveRising.pdf?dl=0