Initially, we were working with the Muse to develop an app that would regulate REM Cycle sleep to make you more efficient with your time, however, it was hard to monetize this considering just purchasing the Muse is fairly expensive and it doesn't seem that many people are using it. We then spent the rest of the night searching for inspiration and came to talking about the PowerBall and how much money was being distributed and then remembered that people were making money off their Fantasy Football leagues on DraftKings.

Celebiddies allows you to bid on celebrities essentially adding them as draft picks to your lineup. The more volatile the celebrity (the more they are known for causing trouble which is determined by a machine learning algorithm), the more points you will receive if they do something great, however, the more points that can be potentially deducted if they do something bad. For example, Kanye decides to laugh at a baby in a parking lot and decides to throw away the baby's candy and Twitter finds out, if Kanye was in your line up ohh boy you are about to lose some points for his behavior.

We used a Machine Learning algorithm to develop if a celebrity is receiving points off their score or are having points taken away from them. From here, an iOS app as well as a website was created. The iOS app is using a RestAPI to take the data and make it presentable and more engaging to mobile users.

Some challenges we ran into were to connect everything and learning how to use AWS for the first time. We also had a hard time coming up with the idea! We spent over 6 hours just planning and replanning until we had something that just might win this thing!

Overall, we are most proud of how each member contributed a significant portion to this project and how much we've each learned. The best part was we all got to learn what we've wanted to.

We each learned a certain aspect to the whole of this project. Some people learned how to use AWS RDS where other people were learning how to Parse JSON data for the first time and create a REST API.

We intend on monetizing this product if we do place at this Hackathon showing that the judges believe in this product and that it has some potential. 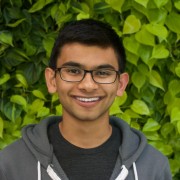