I am a developer working as a freelancer and music producer/performer living in Istanbul - Turkey. Earlier this year, I've built a concept which can alter the tempo(bpm) of music realtime by gathering data from cellular phones, cameras, bio-sensor monitors or alike. As I was testing it in my gigs, audience drew a lot of attention while I was performing on stage. So I've renew the project to collect data and output both to a screen(which can project interactions) and devices to change the bpm of the song. I named the project as 'crowdsourced bpm' and nowadays I'm prepairing to release as open source.

In fact this is an experiment of listening and participation. Imagine that the audience constantly sends heart rate or tap to a screen or bounce with a fast or slow response ahead of the stable beat. Also we will collect this data and adapt the master tempo to the average levels. Doesn't it seem like a unique experience? Maybe someday we can deliver a new approach to electronic music. Right now it is indeed fun. 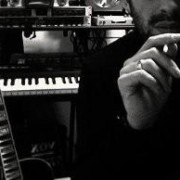